It’s 2020. I have been recalling the beginning of the 21st Century which was 2000 – 2001, and that would be 20 years ago. At that time I was able to do lots of projects that just kind of presto happened. For NYE on 12/31/2000 I had a large version of the band called “David Elias & The Great Unknown” perform for our openly invited friends in a theater on the Hwy 1 coast in Half Moon Bay, California. I know some of the email addresses on my list here were there in the HMB Mel Mello Theater which is now called something else maybe twice or thrice over, who knows.

We had SF and Coast and East Bay and even Humboldt people on stage helping me with lots of songs played. Different nice & kind people from all over including La Honda and Pescadero brought perfect food including hand-dipped chocolate covered nasturtiums, and we (let us remain anonymous) brought kegs of beer inside and then there was other things to not notice too closely… 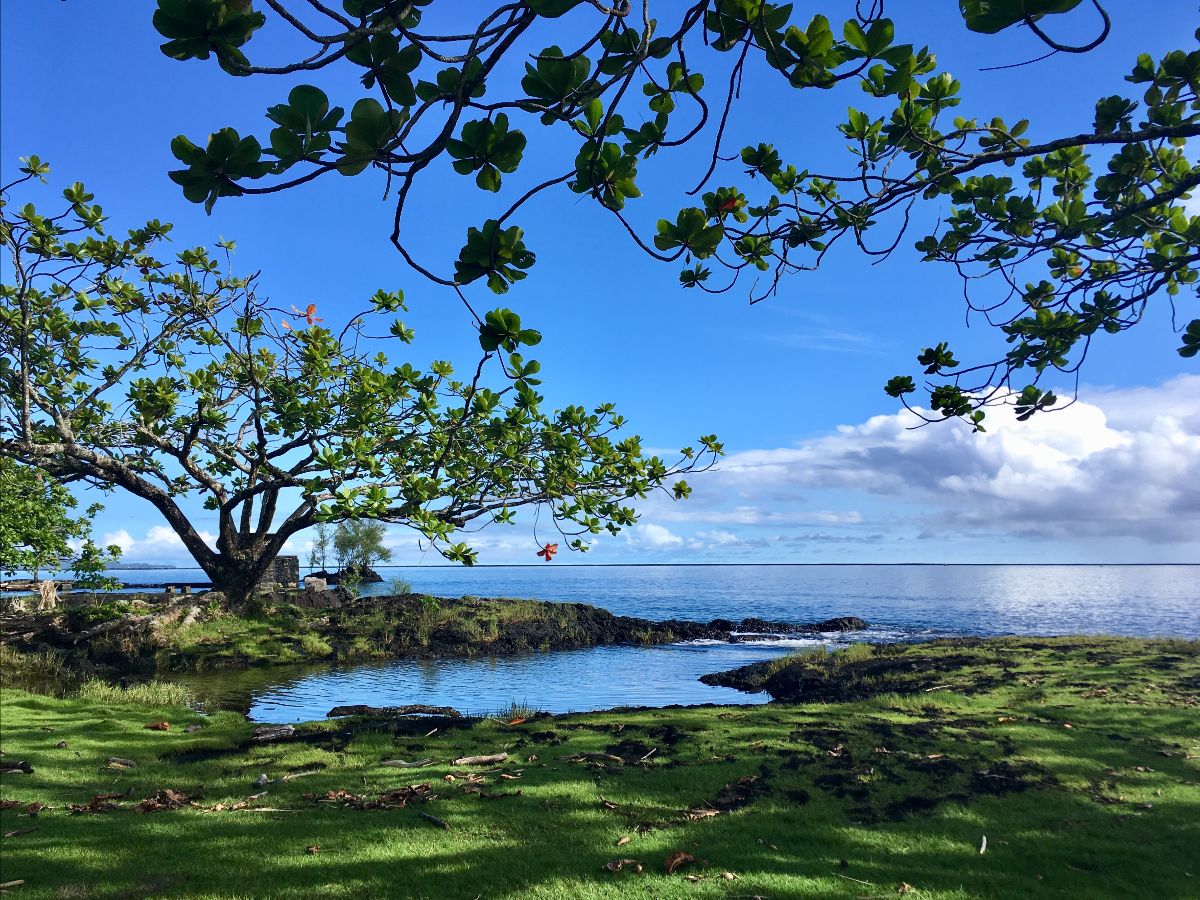 I still love music and I know you do too. Sanity and Balance through music comes in a language we can all understand perfectly but only few can read. No matter. How does it get better than that? So I don’t just write music, I write about music. But not just always about music but sometimes about things that make music more enjoyable, if you are needing to find that improvement in your life through your ears and deep down in your knowing know-dom.

So here are 2 articles I wrote just this month (I started working on the first one in December) and were published in A Creative Forum For The Audio Arts which is Positive-Feedback.com — I know my friend Chief Editor Dr. David W. Robinson through music for more years than we remember unless we count. PF as it’s called is a lightning rod for finding out about how to enjoy music in improved ways for your knowing know-dom if you need it. No kidding. Go there and see all the things they write about since 2002 or so. You can’t stop reading once you start, that’s all I’ll say at this point.

First I wrote an article and review about why it is no longer necessary to be called an audiophile who has a designated sweet spot to sit to hear the best sound in a perfectly acoustically correct room as incredibly good sounding studio quality, reference quality, perfect bit perfect quality, and any term you’ve heard to describe da kine! music. There is so absolutely nothing wrong with any of those things and I have been there myself in my way many times over many years. Audiophiles pay lots of attention to music, What’s not to like about that.

It’s that Audiophile Armchair Perfect Seat that I think is fading now as a type of requirement, and that is a huge freedom release for everyone who likes to listen to music.

These days, and really more like only in this past year or two, you can finally hear your music as really really good sound, in many different ways from many different sources including your TV, your phone, your CD player (I hate CD, but bear with me and read the post), DVD player, the Internet, a NAS drive or USB thumbdrive, anything Airplay or Google Play can reach….all of it.  No Bluetooth needs to be involved. I can repeat that because Bluetooth is probably sorely and mistakenly missing from the AMA’s Top 5 List of Frustrations That Lead To A Personal Breakdown Of At Least One Type If Not More.

What I’ve realized working with new audio products and just paying attention to my now dated total affinity for Wireless WiFi Networking For Audio is the dawn of what I felt I should call “the transparent network” evolving that lets anyone play anything they ever heard or can imagine hearing (the global music library), and hear it with not just good but very excellent sound quality.

None of this existed even a couple years ago. This is not yet in many or most products, but the beginning of this transparency is in progress with more to come no doubt.

I’ll go out on the limb here and say that even if you don’t think sound quality matters all that much, you would think that it matters if you really heard the difference. It could take as little as 15 seconds. I’ve seen this happen more than once. You just have to use your ears, not your eyes reading a spec or brochure or YouTube video training. Just by listening.

A lot of people have said “David writes a lot of interesting stuff and it is about music which I care about but a lot of times I don’t know what he’s talking about.”

You don’t have to be an IT System Admin to hear really good sounding music today. In 1995 that was so not true for just about everyone online. Dialup internet and online music (downloads only, no streaming the network was too darn slow) was too new and too fun to worry about how inferior it sounded compared to vinyl or even the dreaded CD in most cases. By 2003 when I released an SACD, some really excellent digital sound was only possible for people who could speak Audiophile and who knew where to buy what gear for the best price which was usually a lot even in 2003 US Dollars today.

So… It’s a good thing we can now hear some very very good sounding ANYTHING we want, streaming or downloaded or otherwise for not hardly any new money spent and it’s another very good thing that our music library just got UNIVERSAL and ever expanded, never stagnant, like Asimov’s entropy, for  as little as say $120/year if not free. That’s a lot to think about but fortunately for us all, all we want to do is hear music.

So now you don’t have to read what I wrote in my blog and for PF, but if you want to read it anyway, it’s here:

THE SECOND THING is another piece I wrote during the past 4 weeks that was mostly about reviewing an exceptional piece of innovative and comprehensive audio gear created by iFi Audio (iFi-Audio.com)

The product which is over 1 year out in the market is called the Pro iDSD. It breaks the doors down on most of the preconceived notions of DAC and even preamp or network audio or computer audio. The one reason for breaking the mold is that the Pro iDSD is a the ultimate refactoring audio vending machine. I made up that term for my blog review of the Pro iDSD, but that’s what it is. You can read about it here. 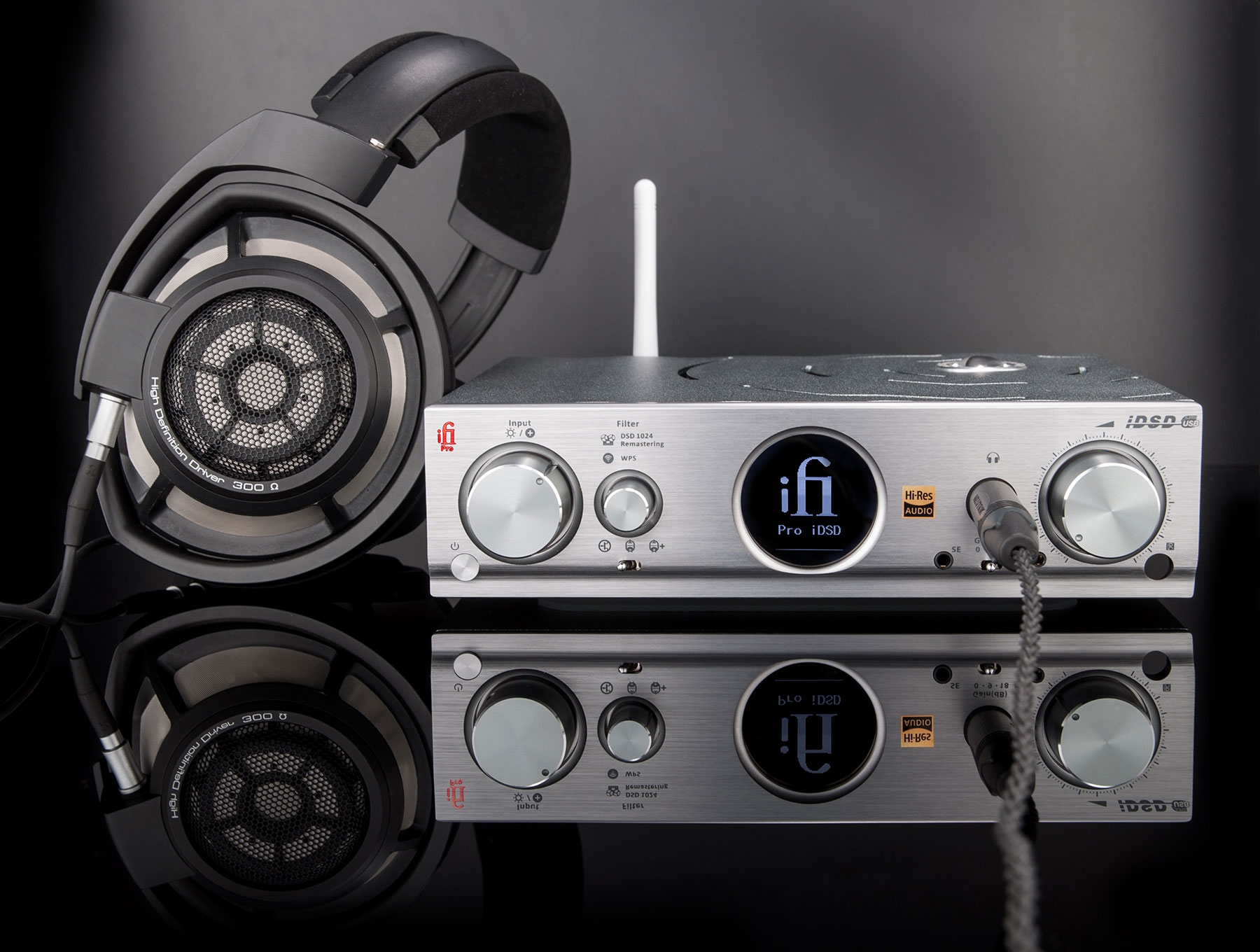 And THE THIRD thing is that I have a brand new web site as of today. It too started being written in December and now my past 20+ years of online hosting with Hostbaby is dust in the ether as a new host (Bandzoogle, yes, Bandzoogle) takes over. I’ll say now that not having heard their name before, I went to the sidecar to see what might happen. But it turns out they have tons of music and musician and ecommerce experience and dang, they made it easy to get going.

I believe that all is well on my new website at the moment so please stop by and take a look or a few listens to some of the song/album players or videos embedded there.The same “Contact” menu choice gets your private message to me (or just reply to this message). In fact, nothing about my web stuff or email or anything should have changed at this point except the content. Amen. Thank you Bandzoogle. If something does go wrong for you there, please let me know.

FINALLY AS A 3b ITEM….On the new website you’ll see and can hear my latest album “Nighttime Music” that was released on Bandcamp about a week ago and will be on Spotify, TIDAL, Qobuz and all their cousins in about another week or less.

“Nighttime Music” is a collection of songs (19 tracks) spanning a full 35 year horizon of original music by me with songs dating as far back as the mid-80’s when I was using a Porta One 4-track cassette recorder in Palo Alto to put down things I was writing with various instruments I played and voices I sang in. Talk about the good old days. (That’s one thing that can be so good about the good old days James.)

Thanks to all who take a listen to this album. There are songs as newly written and released as 2019 as well as old songs from back as far as 1985 which you can’t have heard before. There are also some bootleg versions of songs you might know but these are previously unreleased even though I always liked how they sounded. And there’s some tried and true older released tracks as well because they just fit right in the mix. These are probably not the songs you might guess. Well, you might. I don’t know. 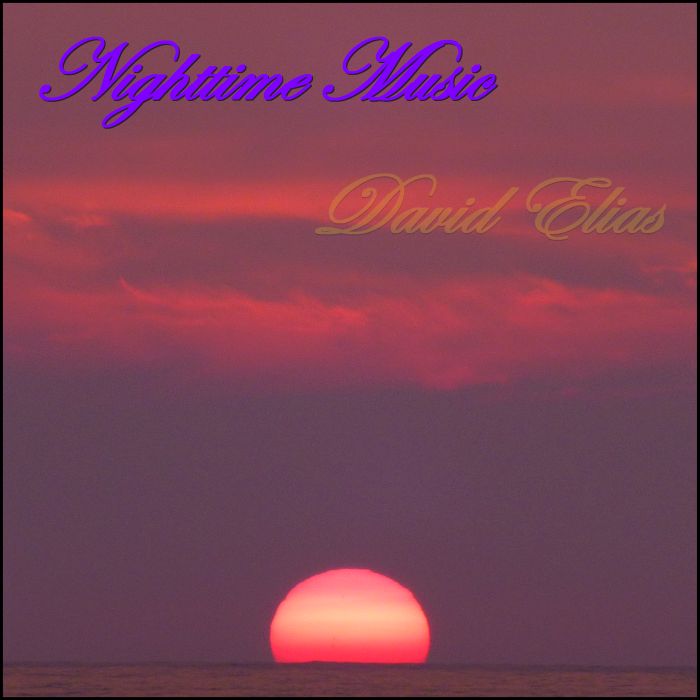 Wishing you all much good fortune as 2020 rolls on, it’s a new decade, so the adventure is there for sure. I hope the music stays with all of us.